S02E08 - Xmas Story
"Pine trees have been extinct for 800 years, Fry. Gone the way of the Poodle, and your primitive notions of modesty." - Hubert Farnsworth 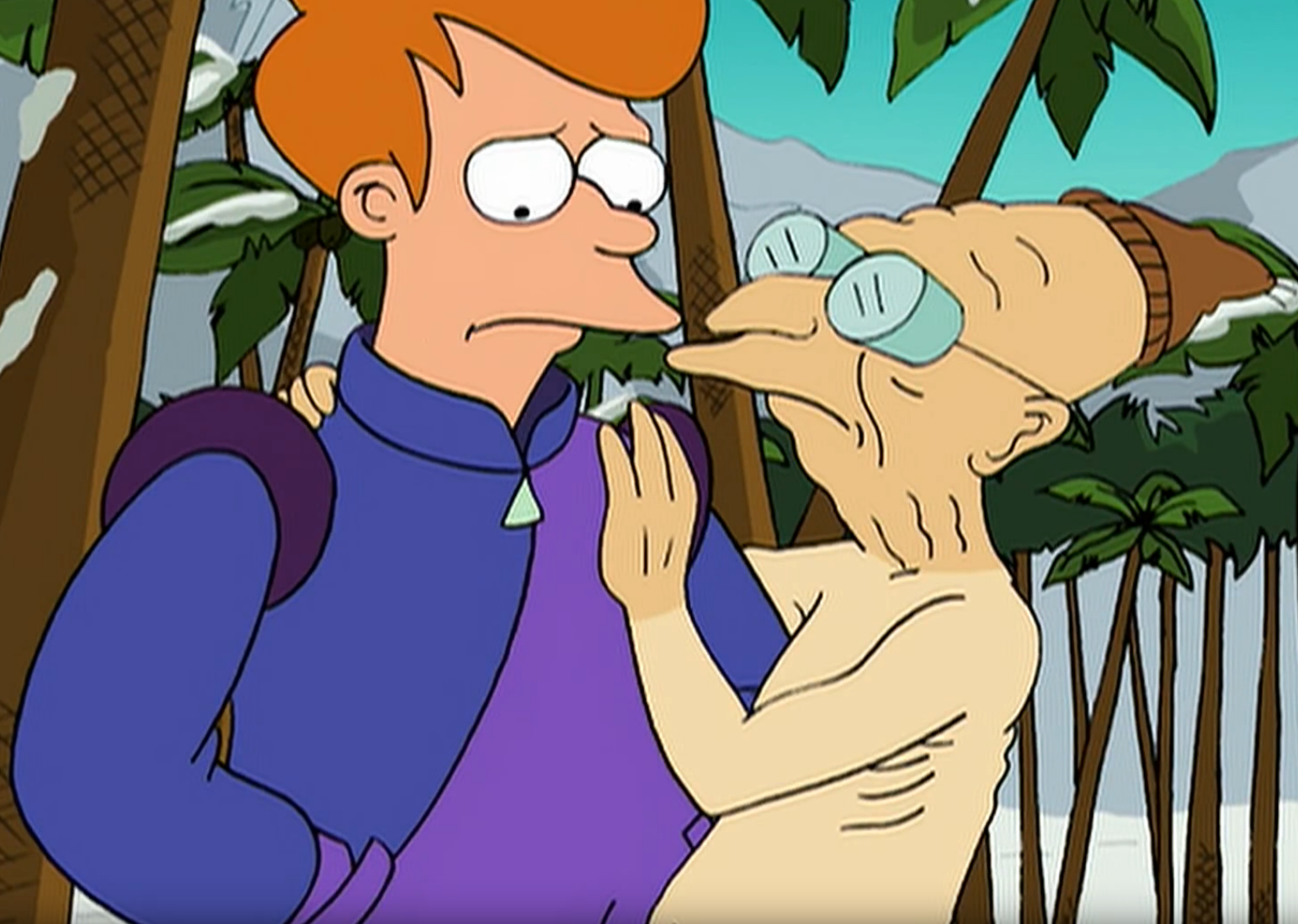 A Pine tree is any tree in the genus Pinus, and there's absolutely nothing funny about that name, or its apparent and tragic extinction. It's thought that pines appeared on the earth, festively planting themselves our collective living room and covering the floor in a layer of needles that you can never quite clean up, around 153 Million years ago. 153 Million years on this planet, and our dumb asses are gonna wipe them out by the year 2200. Apologies. That's not fair, the text doesn't specify the exact cause of death, but given the show's repeated references to climate change, its a pretty good bet. Historically speaking, most extinction-level attacks on life are either due to giant asteroids or human beings royally pissing off nature; if we're still around, we can probably rule out an asteroid.
Whatever the cause, buy your pine-scented candles while you can, because the mighty pine tree will be supposedly be gone within a few hundred years.

At time or writing in 2019, there is no shortage of pines on Earth. Though largely found in the Northern Hemisphere, they appear in most parts of the world, and show no signs of being in significant danger from wildlife, climate, or even human farming. They're largely treated as a universal constant, like cockroaches or Elvis impersonators, something getting by just fine without conservation or care.
This is worrying, because the humble pine is useful for a large number of applications, including: food, the construction of your suburban dad's deck, various industrial applications, and let's not forget the long-held practice of propping one up in your house for a few months and decorating its corpse with colorful holiday decorations. If we aren't careful, we as a people might actually have to put some fucking effort into global-scale gardening. What I'm saying here is that we need to start taking better care of our Penis, because one day it's not gonna work for us anymore.

There was no date given for the disappearance of the poodle, but a betting man might tie its fate to that of the French people as a whole, as indicated by Farnsworth's utter ignorance of the French language (S02E15 - A Clone of My Own). Let's be honest though, the Poodle is an absolutely absurd breed, and it's probably a good thing that the people of the future have no use for sentient cotton candy on a stick.

As for current-day notions of modesty, it follows historical trend that social stick-up-the-ass-itude tends to slacken somewhat over time, so perhaps Mr. Groening was simply making an educated guess as to societal standards of nudity. Perhaps he was being optimistic. I, for one, wouldn't want to live in an elderly future where I am unable to free my wrinkled visage and explore the world as I was born, and I look forward to the day with wide eyes and an eager scrotum.